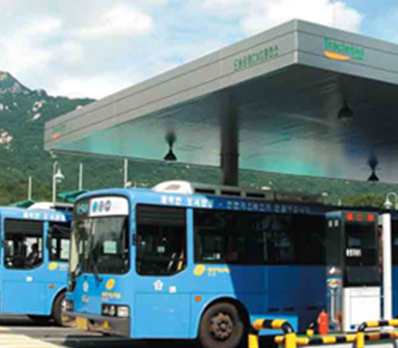 We provide various types of filling stations that can fill gas such as CNG&LNG/Hydrogen with the required volume, pressure and temperature. Our system consists of compressor, gas storage, dispenser, monitoring system and other facilities according to type of gas. Hyosung Heavy Industries has a 40% market share in domestic CNG/LCNG/Hydrogen gas filling stations and also has case studies in overseas markets such as Indonesia, Russia and Uzbekistan.